recology
code and such
HOME /Archives

UPDATE: In response to Jarrett’s query I laid out a separate use case in which you may want to query by higher taxonomic rankings than species. See below. In addition, added examples of querying by location in reply to comments by seminym.

Get taxonomic information on a specific taxon or taxa in GBIF by their taxon concept keys.

The occurrencedensity function was renamed to densitylist because it is in the density API service, not the occurrence API service. You can use densitylist to get a data.frame of total occurrence counts by one-degree cell for a single taxon, country, dataset, data publisher or data network. Just a quick reminder of what the function can do:

Using a related function, density_spplist, you can get a species list by one-degree cell as well.

You can now map point results, from fxns occurrencelist and those from densitylist, which plots them as points or as tiles, respectively. Point map, using output from occurrencelist. 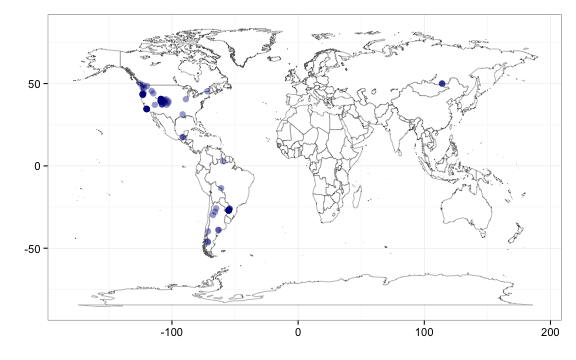 Point map, using output from occurrencelist, with many species plotted as different colors 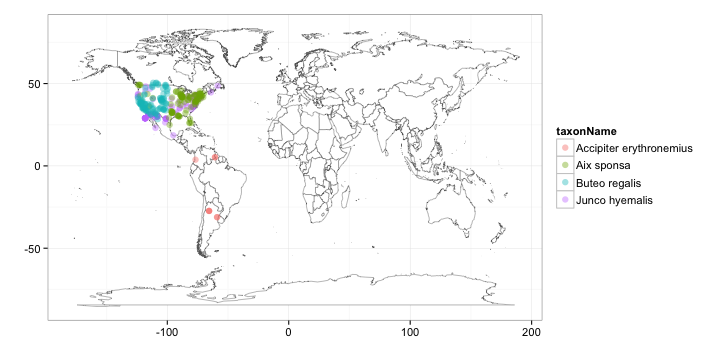 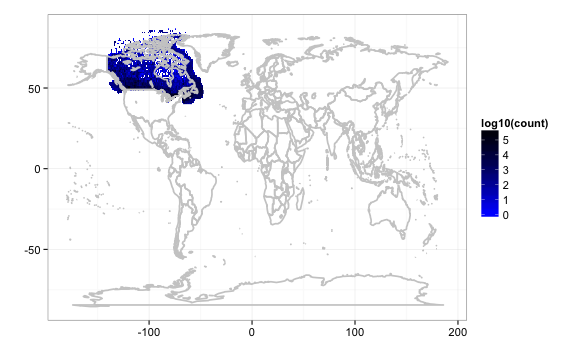 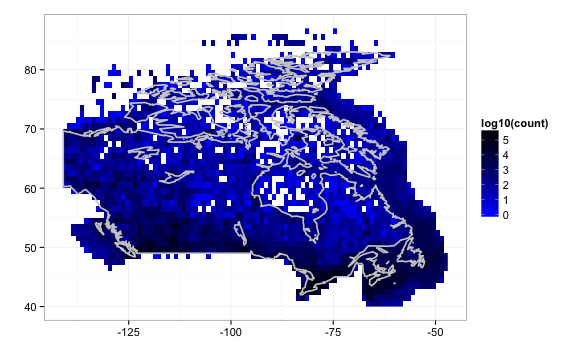 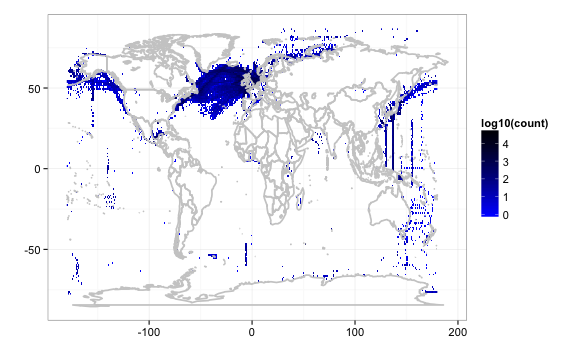 seminym asked about querying by area. You can query by area, though slightly differently for occurrencelist and densitylist functions. For occurrencelist you can search using min and max lat and long values (and min an max altitude, pretty cool, eh). 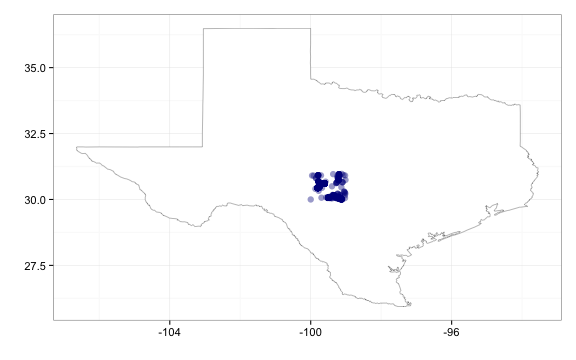 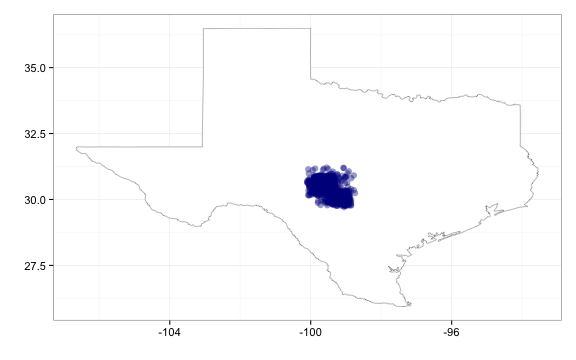 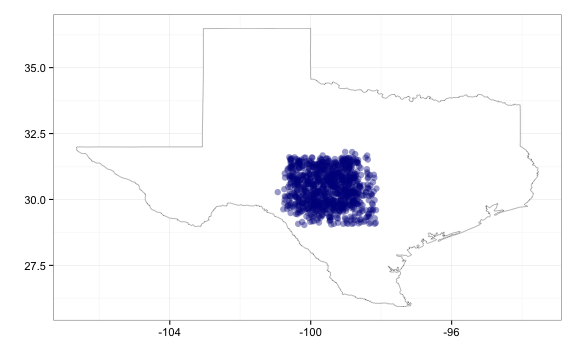 And you can query by area in densitylist by specifying a place using the originisocountrycode argument (as done in an above example). Just showing the head of the data.frame here.

Written in Markdown, with help from knitr.