Gaug.es is a really nice looking analytics platform as an alternative to Google Analytics. It is a paid service, but not that expensive really.

We’ve made an R package to interact with the Gaug.es API called rgauges. Find it on Github and on CRAN.

Although working with the Gaug.es API is nice and easy, they don’t keep hourly visit stats and provide those via the API, so that you have to continually collect them yourself if you want them. That’s what I have done for my own website.

It took a few steps to get this data:

First, let’s look at what you can do with data that Gaug.es does give to you, using the rgauges R package.

Load rgauges and other dependency libraries 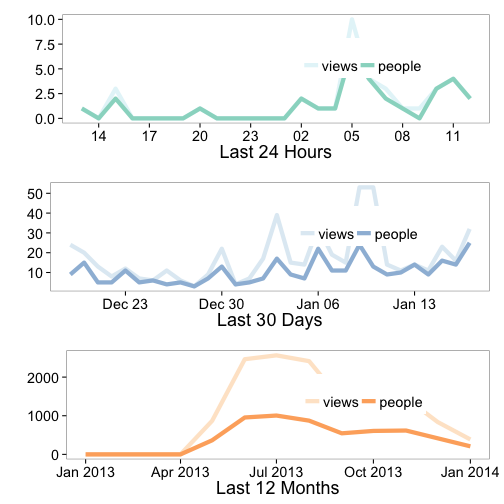 Now let’s play with the hourly data. To do that we aren’t going to use rgauges, but rather call the Cloudant API. CouchDB provides a RESTful API out of the box, so we can do a call like https://app16517180.heroku.cloudant.com/gaugesdb_scott/_all_docs?limit=20 to get metadata (or other calls to get the documents themselves). (note: that url won’t work for you since you don’t have my login info)

So we’ve got 198 days of data, first collected near end of June, and most recent yesterday. Now get actual visits data

We need to combine the date and hour in to one date time string: 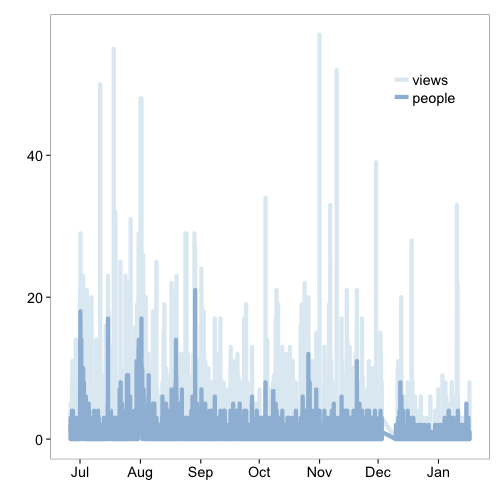 And just one day 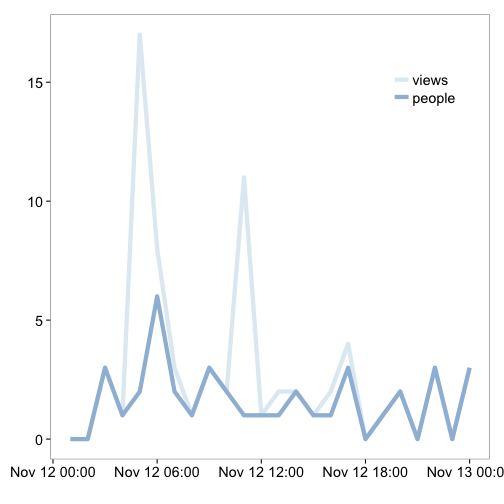