Let’s start at the beginning.

Why would my primary editing tool not be vim? My background is as a biologist, spending way to many years in grad school. My first programming language was R back in 2006; my first text editor about the same year was Notepad++; my first interaction with the cli was probably a year later or so (but that was on Windows).

After using Notepad++ for a few years, I stumbled upon Sublime Text via advice from a friend. I used it for a few years without paying (which you can still do), and after that realized it was worth paying for. They now have an easy to use Discourse forum too.

Anyway, vim is too intimidating to me, and at this point I like my workflow enough to not want to spend the time learning vim.

I have found Sublime Text to be faster than at least Atom, ESPECIALLY when dealing with large files. Atom seems to get bogged down with a very large file and you can take a long time to scroll through it.

Can’t think of any other reasons - the speed one is enough reason :)

Why R and Sublime Text?

RStudio has been great, and I still use it from time to time. However, it’s started to be buggy here and there, and anyway, I do most everything else in Sublime Text so it doesn’t take much to push me towards Sublime Text for every project I do. I definitely prefer RStudio when working on R packages that include C++ code as it helps me out a lot as a C++ newb.

The key thing that brought me over to using Sublime Text and R is being able to send code reliably to my cli of choice with a keyboard shortcut (see SendCode below).

I do development in other languages besides R - primarily Ruby and Python - so having a primary workflow that is agnostic with respect to the programming language is really nice.

(check out SB packages at https://packagecontrol.io/) 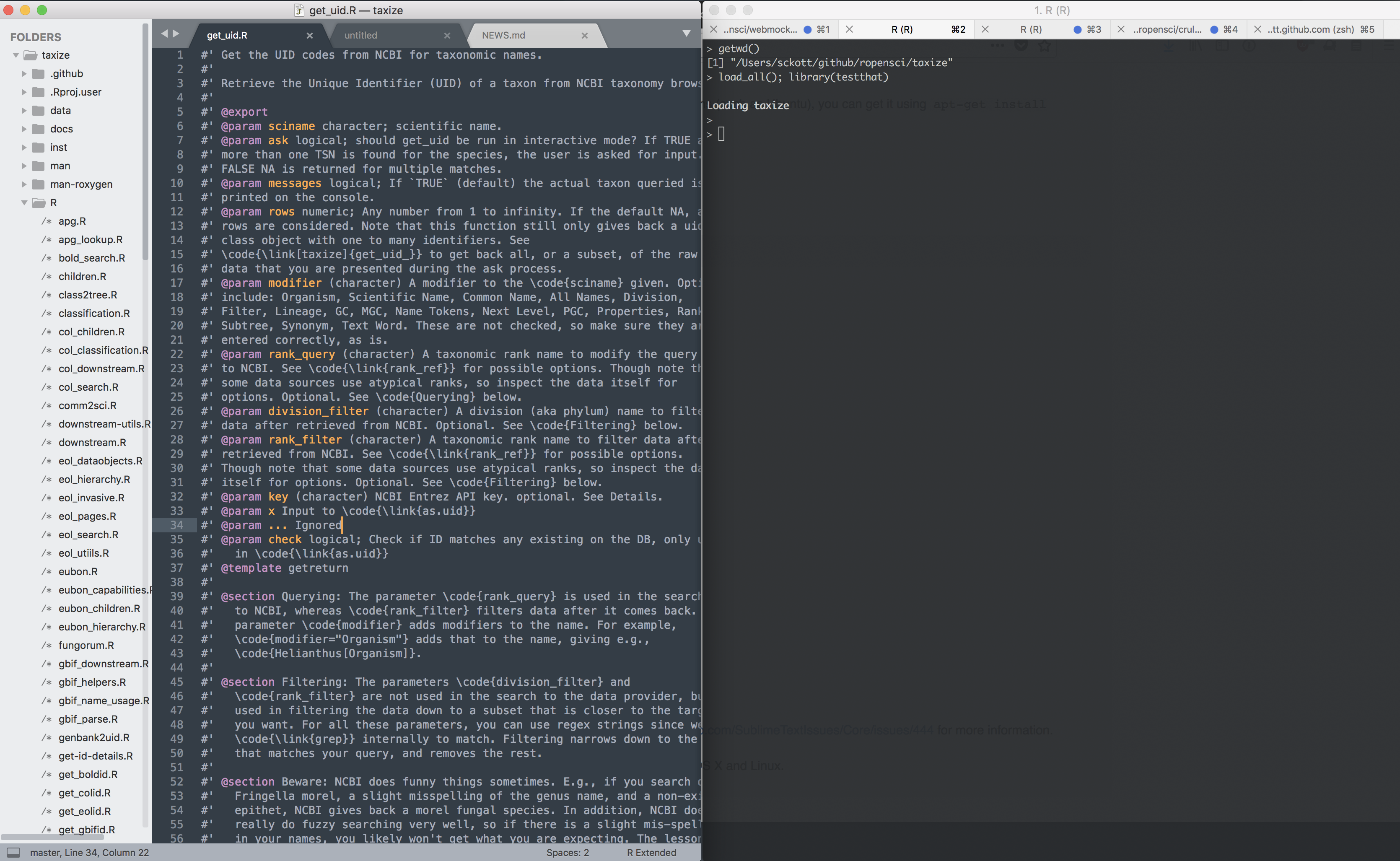